NUR-SULTAN, Kazakhstan, Nov. 29, 2021 /CNW/ — A number of important initiatives were proposed by the First President of Kazakhstan Nursultan Nazarbayev at the plenary session of Astana Club in the capital of Kazakhstan. 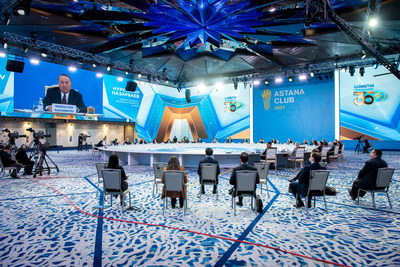 According to Nazarbayev, amid the upsurge in tensions between the US and China as the key geopolitical players, continuous trade and sanctions wars, and a looming threat of a new global Cold War, there is a growing need for the new formats of dialogue and cooperation in Eurasia.

In this regard, Nazarbayev proposed the creation of a new quadrilateral economic forum of the “Greater Eurasia”.

Kazakhstan is willing to be a host of this forum, if this initiative is supported by all parties involved.

The Astana Club this year was attended by over 50 renowned speakers, including former heads of state and government, heads of think tanks and international organizations, leaders of business and global media.

Among them are Jose Manuel Barroso, President of the European Commission (2004-2014), Board Chair of the GAVI Alliance; Ban Ki-moon, former UN Secretary-General; Jacob Frenkel, Chairman of Frenkel-Zuckerman Institute for Global Economics, Chairman of JP Morgan Chase International (2009-2020); Kevin Rudd, President of the Asia Society Policy Institute, former Prime Minister of Australia; Abdullah Gül, President of Turkey (2007-2014); Hamid Karzai, President of Afghanistan (2004-2014); Lisa Curtis, Deputy Assistant to the President and NSC Senior Director for South and Central Asia (2017-2021) and many others.

For 3 days 14 sessions of the Club were held, devoted to the subjects of pandemic crisis, the US-China geopolitical and technological confrontation, the future of Afghanistan, the climate agenda, as well as the role of Kazakhstan and Central Asia in regional and global arena.

US-China confrontation and its potential impact on the future architecture of the international system was the particular focus for the meeting participants. As Kevin Rudd noted, the US-China conflict is in dire need of effective management mechanisms.

Regarding the future of Afghanistan, Hamid Karzai states that the country is facing an unprecedented humanitarian crisis and urgently needs international assistance.

Alongside, Jacob Frenkel said that the rising inflation rate is one of the main challenges to the global economic recovery and requires the development of joint consolidated measures by the international community.

The initial meeting of the Astana Club was held in 2015. Over the years of annual gatherings, more than 200 eminent speakers from 40 countries of the world took part in the work of the Club.

In its history, Astana Club has been headlined by such political leaders and prominent experts as the founder of Stratfor George Friedman, by former prime ministers of Turkey and Spain: Ahmet Davutoglu and José Luis Rodríguez Zapatero, Iranian Foreign Minister Javad Zarif, well-known strategic analyst Edward Luttwak, the Director of the Stockholm International Peace Research Institute (SIPRI) Dan Smith, and many others.

This year’s meeting of the Astana Club was held in the second half of November, in the capital of Kazakhstan, Nur-Sultan under the theme: Vision of the New World: Post-pandemic and Beyond. The annual event is hosted by the Institute of World Economics and Politics (IWEP) and the Nursultan Nazarbayev Foundation. 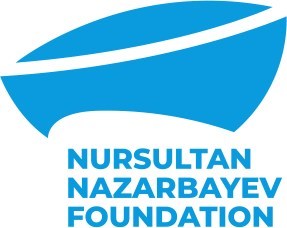 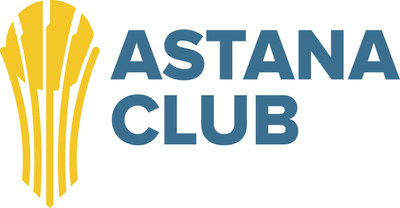 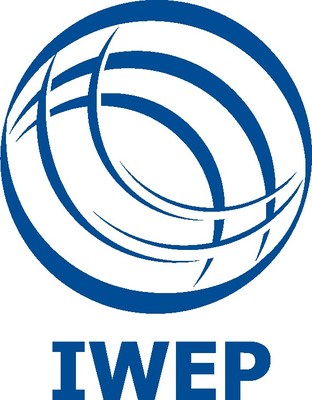