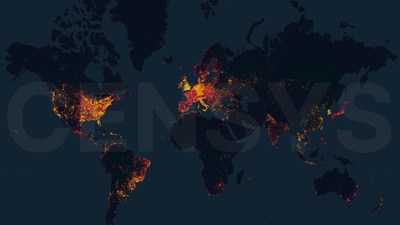 “Censys Co-founder, Zakir Durumeric, explains that “When we originally launched Censys in 2015, we scanned 14 popular ports. Since then, security researchers have shown that services are spread across a tremendous number of ports and that services are changing nearly constantly. We’ve designed a new scan engine that continuously scans an extended set of ports to help defenders and researchers more comprehensively find security problems.”

Censys scans the top 100 ports daily. Censys’ new engine surveys the top 100 ports daily and the top 2,500 ports every ten days across all public IPv4 hosts, finding nearly four times as many services as in the original platform and 85% more services than our nearest competitor. Censys also refreshes known services daily to ensure that users are presented with up-to-date service information despite constant Internet churn.

Censys’ launch also brings several additional feature improvements to its hundreds of thousands of researchers and community users, including:

What is the impact? We’re making this data available to the public with the launch of Censys Search 2.0, which is directly accessible at search.censys.io. Censys Search 2.0, like its predecessor, will offer a free community tier and paid professional tiers.

Censys, Inc.™ is the leading provider of continuous attack surface management. Founded in 2013 in Ann Arbor, Michigan, Censys gives organizations the world’s most comprehensive real-time view of global networks and devices. Customers like FireEye, Google, NATO, Swiss Armed Forces, the U.S. Department of Homeland Security, and over 10% of the Fortune 500 rely on the company’s Internet-wide continuous visibility platform to discover and prevent cybersecurity threats. Censys was recognized by CB Insights as a 2019 Cyber Defender for pioneering technology with the potential to transform the cybersecurity industry. To learn more, visit censys.io and follow Censys on Twitter.