According to the Report, Bitdefender is the Best Fit for Companies that Need a Reliable and Easy-to-Use Offering 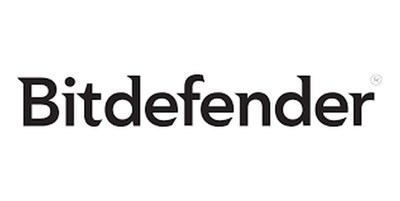 In the report, Forrester notes, Bitdefender “is the best fit for companies that need a reliable and easy-to-use offering.” The report further states “Bitdefender combines endpoint and network telemetry and alerts for detection and investigation, with response capabilities for endpoint. The vendor gives customers incredible transparency and works closely with the community to improve its product security.”

“We are pleased Forrester has recognized Bitdefender as a Strong Performer for XDR, and we believe this recognition highlights our technology innovation and ease-of-use in helping businesses become more cyber resilient,” said Steve Kelley, president and general manager of Bitdefender Business Solutions Group. “Our XDR solution builds on our long-standing strengths in endpoint detection and response (EDR) with the addition of powerful cross-endpoint correlation and analytics. Bitdefender offers a rapid ‘on ramp’ to XDR for customers seeking to detect and respond faster to increasingly advanced and stealthy cybersecurity threats.”

Additional findings from the report include:

Commercial Model refers to XDR product availability, pricing and telemetry. Bitdefender ranked among the highest for XDR product strategy. Bitdefender XEDR is available today and scales based on an organization’s immediate and future needs. The technology is built on the company’s industry leading EDR platform and telemetry leveraging hundreds of millions of sensors continuously collecting endpoint threat data worldwide.

Product Security refers to the XDR product’s development using secure coding practices, security testing, vendor vulnerability disclosure policies, and software bill of materials (SBOM).  Bitdefender GravityZone and its XEDR capabilities are designed and built from the ground up by a large team of expert engineers, software architects and mathematicians.

Forrester Analyst and report author Allie Mellen wrote in another recent report², “XDR providers will be limited or enabled by the EDR on which they are based. Choose your XDR based on an EDR with high efficacy detections, strong third-party partnerships or extended native capabilities, and automated response recommendations.”

²Forrester Research, Allie Mellen, “Adapt Or Die: XDR Is On A Collision Course With SIEM And SOAR” April 28, 2021

Bitdefender is a cybersecurity leader delivering best-in-class threat prevention, detection, and response solutions worldwide. Guardian over millions of consumer, business, and government environments, Bitdefender is the industry’s trusted expert* for eliminating threats, protecting privacy and data, and enabling cyber resiliency. With deep investments in research and development, Bitdefender Labs discovers 400 new threats each minute and validates 30 billion threat queries daily. The company has pioneered breakthrough innovations in antimalware, IoT security, behavioral analytics, and artificial intelligence and its technology is licensed by more than 150 of the world’s most recognized technology brands. Founded in 2001, Bitdefender has customers in 170 countries with offices around the world. For more information, visit https://www.bitdefender.com.

*Bitdefender has ranked #1 in 54% of all tests by AV-Comparatives 2018-2021 for real-world protection, performance, malware protection & advanced threat protection.