TORONTO, June 2, 2021 /CNW/ – Today, the Police Association of Ontario (PAO) announced the winners and finalists of its sixth annual Police Services Hero of the Year Awards program. Throughout February and March, the public was encouraged to submit nominations for their local police heroes – sworn and civilian police personnel who have gone above and beyond while on the job or in the community. 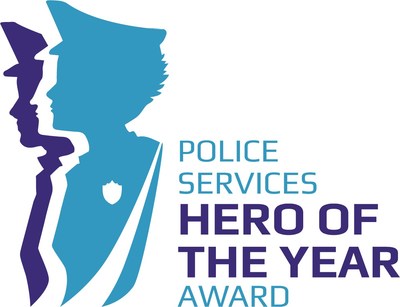 The PAO’s Awards Committee (comprised of members-at-large, the President, the Board Chair, and civilian association staff) had the challenging task of narrowing down over 350 worthy and often personal nominations to a shortlist of three finalists per award category. A virtual Awards Banquet was held this afternoon during the PAO’s Annual General Meeting webcast, which is attended by representatives from 46 local police associations across the province.

The PAO is pleased to announce the recipients of its 6th Annual Police Services Hero of the Year Awards. Congratulations to the 2021 award winners:

The volume of incredible stories that outlined the efforts of police personnel in communities throughout the province cannot be understated. 2021 will be a challenging year to top. Given that, we would also like to congratulate this year’s award finalists:

“Every single day, Ontario’s police officers and civilian police service employees put their own health and well-being on the line to ensure the safety of others, and go above and beyond the expectations of their roles to make significant contributions in their communities,” said PAO President, Bruce Chapman. “While many of their efforts are often regarded as just a normal ‘day at the office’ or a standard part of their off-duty time, the PAO is honoured to help the public acknowledge the outstanding positive impact of our police personnel,” said Chapman.

The stories of the 2021 Police Services Hero of the Year awards winners and of all nominees can be viewed online at www.policehero.ca.